I have a strong memory of the weekend before I started teaching in 1974 at Ulladulla High School in NSW of returning to my parent’s home and preparing lessons for the week ahead. One of the classes I was down for on the Monday was a Year 8 Social Science Class. The first topic must have been called something like ‘Primitive Mankind’ as I was meant to cover prehistory concepts and Stone Age Man. For no recalled reason, I decided I would start with the evolution of humanity and I was convinced that if I made a plaster copy of an ‘Australopithecus’ skull, this would be vital in explaining these human evolutionary concepts. I’m not sure how the plaster skull went down as a teaching tool but it sat on my home study desk for many years before I think it was quietly thrown into the dustbin of history. I also recall that I used in these lessons photos of cave paintings from a book about the Lascaux Caves in France; they looked a lot more useful than my Australopithecus skull. These memories were still with me when I discovered myself discussing a trip to France many years later in a new millennium and of course I knew I had to go to see the Lascaux Caves in the Dordogne Region. The dreams from 1974 lingered and this trip was as good as I thought it would be.

The Dordogne is a ‘Department’ of south-western France inland from the Atlantic Coast. It is part of the large region officially established in 2016 called Nouvelle Aquitaine of which Bordeaux is the capital. The city of Perigueux is the ‘Prefecture’ of the Dordogne and this department roughly corresponds to the old county of Perigord. The arrangement for our week in Dordogne was that we would stay in a small village in the area and use a hire-car to get to our many and varied destinations.

The village we stayed in was Limeuil 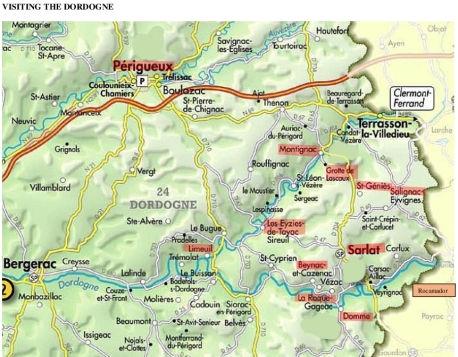 which was a lovely little place at the confluence  of the Dordogne and the Vezere Rivers. Such a position meant that a town built on this spot became strategically important because of its location on the two rivers that fed trade down to Bordeaux and the ocean. The Dordogne is a wine area and so large quantities of wine barrels had to be shipped down river. Such places in France during the middle ages became sought after real estate and Limeuil was fought over by the opposing parties in the ‘Wars of Religion’ (1562-1598) where it is estimated that over 3 million people died in the region during the conflict. This background history also comes up whether visiting the Dordogne, the Loire valley or the coastal towns and cities above Bordeaux.

The fact that Limeuil was on the Vezere River also means that it wasn’t just involved in key historical events in its past. It sits on the river that flows through a valley that has been inhabited by humanity for thousands of years of pre-history, earning the Vezere the title of the “Valley of Mankind” since the late 19th century when the cave systems up around Les Eyzies and Montignac began to reveal their astonishing cave paintings.

The late afternoon walks around Limeuil while we there had plenty to offer, particularly the view down over the spot where the two rivers joined together and where the two bridges built at the end of the 19th century meet each other. 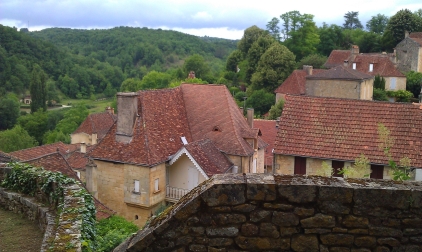 Unlike many other towns in the Dordogne, Limeuil decided to remove its castle and other defensive fortifications that reminded it of the terrible times during the later middle ages. Some of the old ramparts are still there but they are there to look ‘ancient’ and add to the atmosphere. The top of the town is devoted to a beautiful botanical garden rather than the fallen stones of a defensive Castle that wasn’t overly effective in protecting its citizens from the marauding neighbours, 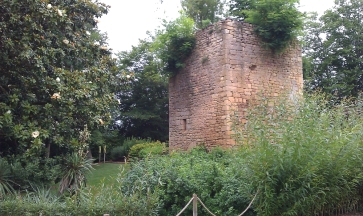 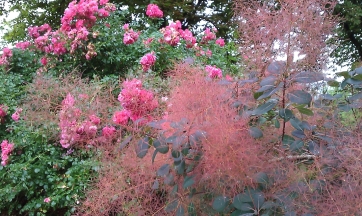 It was a busy week we spent from our base in Limeuil; every day we would pack our ‘touristing’ gear to visit the beautiful sites of the Dordogne. Of course my first priority was to start with the pre-history sites of the Vezere valley so first stop was the beautiful village of Les Eyzies-de-Tayac.